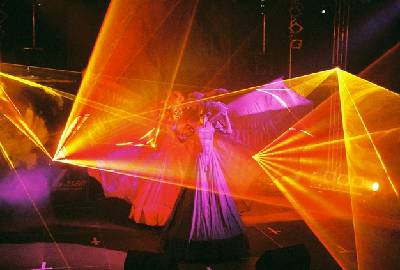 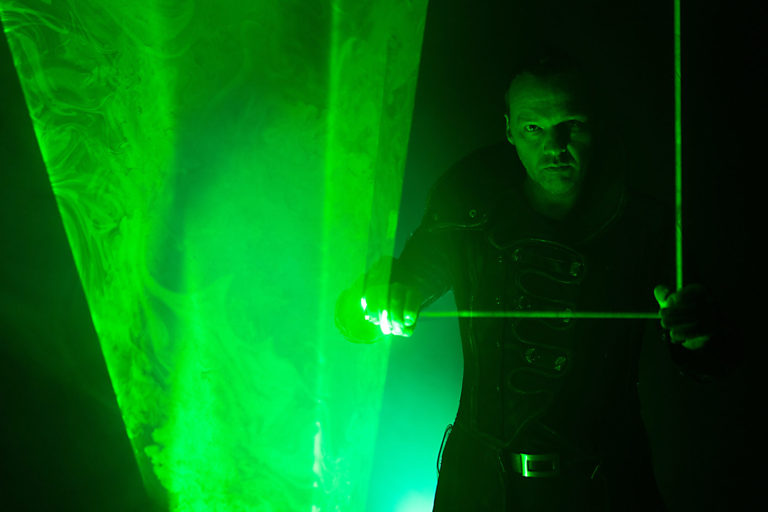 The Continent “Lemuria” was in ancient times a legend about a bridge joining Asia and Amerika. A land where giants, dwarfs and unicorns movedfreely over wide opend spaces and under the earth a labyrinth of tunnels were contructed. The legend suggests that the “Lemurians” were a highly evolved race with supernatural powers. The marvelous light, which lay on everything and seemed to shine from everything also from the inside out, was particularly fascinating.

Fact is that “Lemuria” again and again energizes like “Atlantis” the Fantasie of humans and many legends climb around these continents. Thus “Lemuria” is somewhere in the collective under consciousness of mankind. There “Lemuria” is reality.

Go on a journey to a place beyond time and space and let yourselves impress by this forgotten world of light! Experience the innovative symbiosis from highttech laser projektion and stiltperformance on highest level in uniquely beautiful costumes. The two internationally acting german groups of artists Matrix Laser GmbH and Camouflage Roadshow Stiltperformance create a broad amplitude of emotional pictures using animated laser graphics and enormous fantasy costumes.