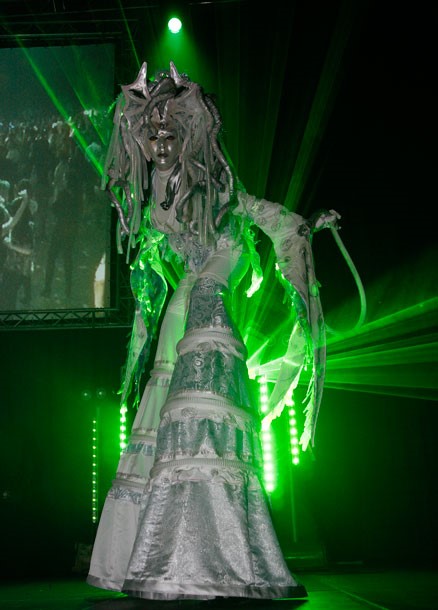 Medusa Medusa – Ice creature with head of Medusa Blinding white cloth,Ice-cold wovenSurrounds your bodybillow of damp mistEnveloping icyThe Goddess of Mist …In the dense fog she appears to the skippers as a warning, but woe to the wretch who follows her seductive lure, he will fall for her … magical being, with the ability […] 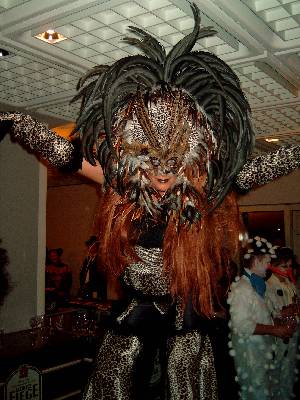 Voodoo The Voodoo costume is – like Agni – tall, slim and agile. The feathermask suits fantastic to old factorys and halls. Together with Insectopia our most popular nightclub-costume. 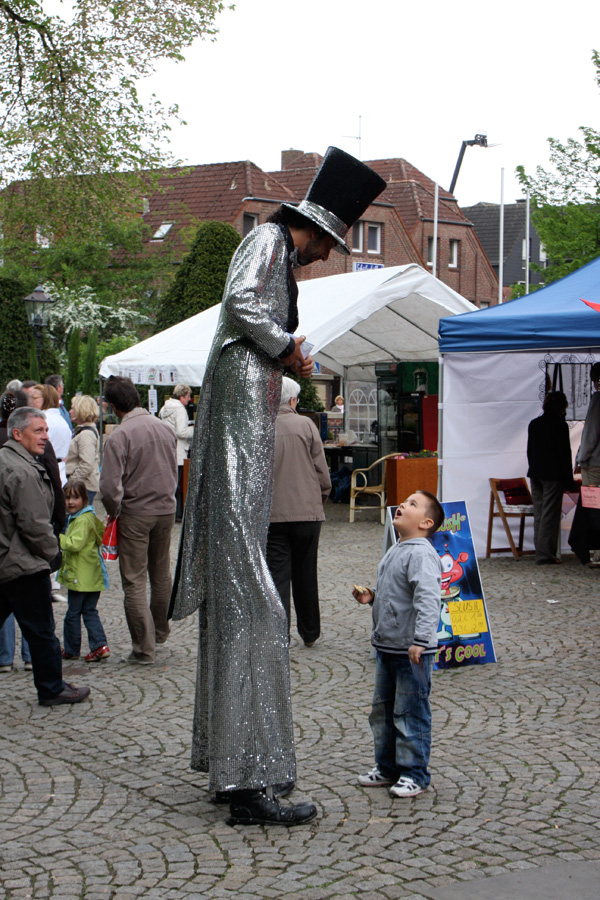 The two “noble tailcoats”, a classic black and metal sequined tailcoats are perfect for the reception. They are close to the guest, hand them out a present or distribute roses to the audience on the dancefloor. Look: classic, noble. 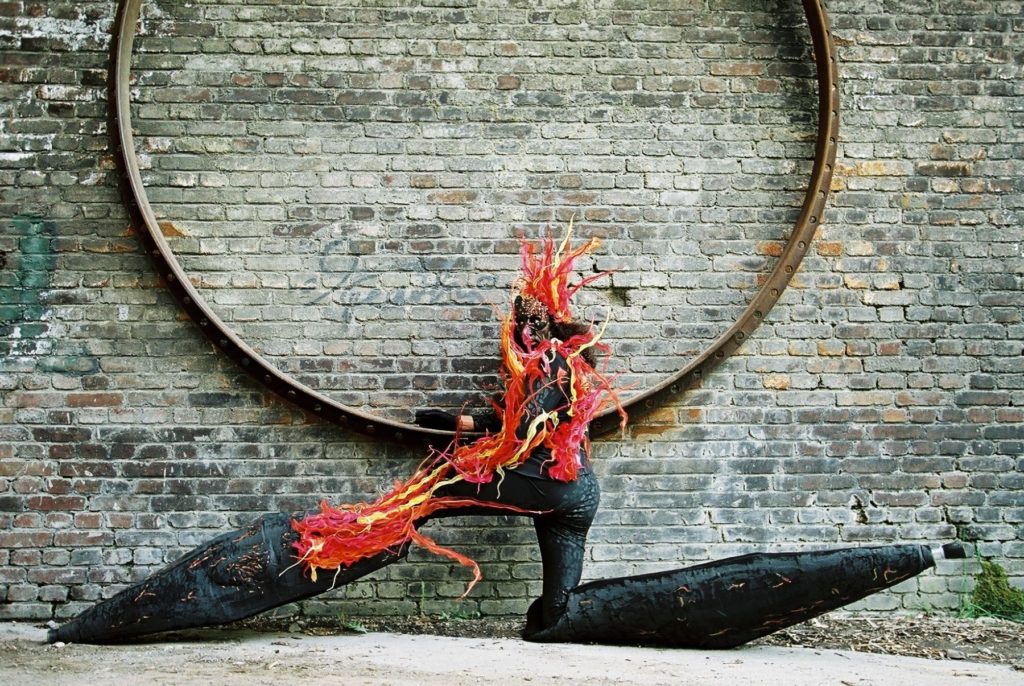 Agni – “Bearer of the fire” Agni, the god of fire and intermediary between human and gods. This fantastical slim costume have a height of about 2.70 m and can produce his corresponding element and bursts fire. For this purpose, the designers at Raloth have equipped the actors with portable flame-throwers. However, if the circumstances […] 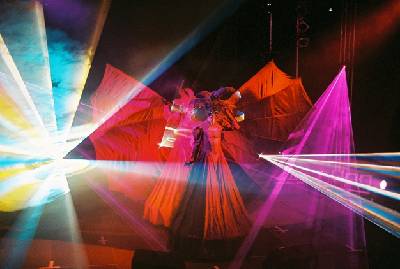 Lemuria – Lasershow https://vimeo.com/383844379https://vimeo.com/383844379 The Continent “Lemuria” was in ancient times a legend about a bridge joining Asia and Amerika. A land where giants, dwarfs and unicorns movedfreely over wide opend spaces and under the earth a labyrinth of tunnels were contructed. The legend suggests that the “Lemurians” were a highly evolved race with supernatural […] 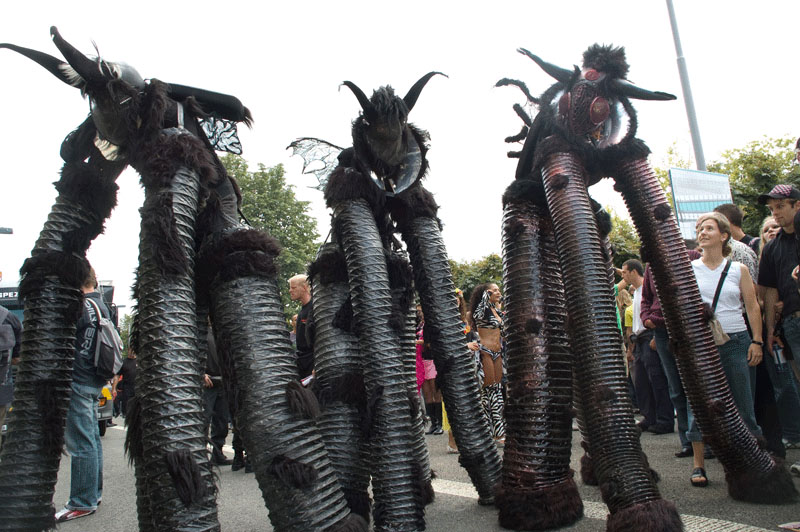 Insectopia – Stiltperformance https://vimeo.com/393733787 Be abducted into a world after our time when the insects have taken over. Insectopia first landed in the Hannover EXPO on August 25th. 2000. The Insectopia costumes were desinged for EXPOESIE to be performed during the Hannover EXPO 2000. Insectopia was part of the galactic SiFi athmosphere, presented before 35.000 […] 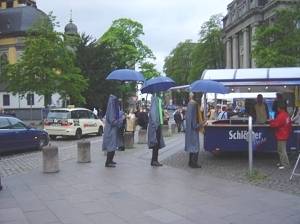 Headless Madness – Comedy-Walkact The interactive Comedy Walkact “Headless Madness” rescues the symbolism of the head loose acting businesses or politician, that gladly only nearby goals pursue and the fast chance for an easy business use – and at the same time naturally seem to be headless. The Camouflage Roadshow has experience in the moving […] 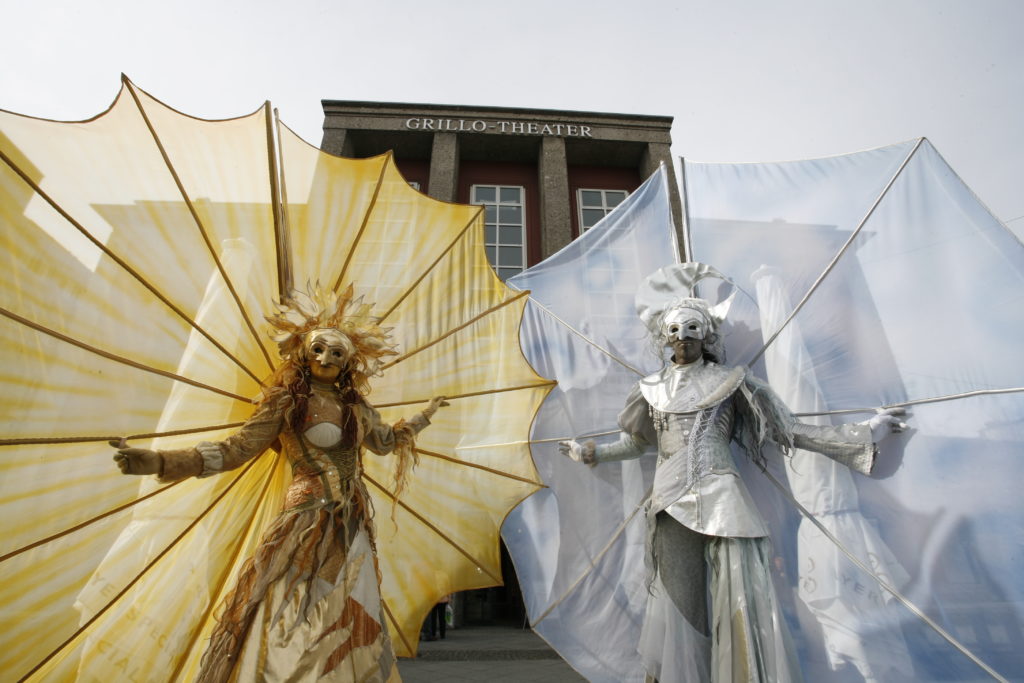 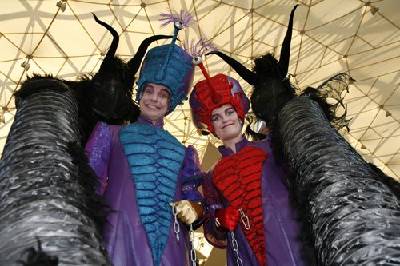 The Weltenbummlers: The WalkAct from Outer Space https://vimeo.com/383844379 Camouflage Roadshow presents their newest joint venture with the DUO DIAGONAL: They have landed!An intergalactic walk act: on their reconnaissance trip to our planet, two extraterrestrial cultural ambassadors have brought their pets along with them:huge insect-like monsters, who naturallywant to stick their noses into everything and have […] 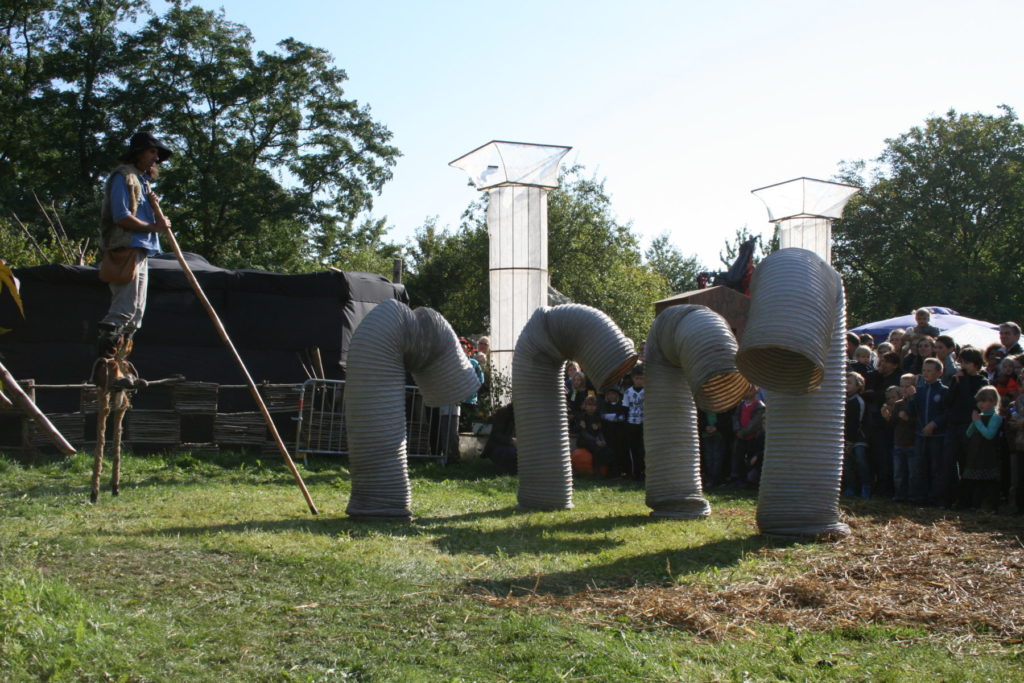 https://vimeo.com/400184537 We are pleased to announce our new partnership with streettheatergroup “Rue Piétonne”. A giant of a shepherd guards a flock of animals in the middle of your Festival.And he is really busy to take care of this great, strange creatures eat everything, revolves around, sleep, fight each other … The herd has almost lifelike ordinary animal […]